Mistaken for a local on more than one occasion during my time (too little) in the ‘River of January’ I have come to adore it for multiple reasons. The city has come alive in a way I’d only hoped to experience as a traveler passing through. Wrapped in the bubble of a national holiday, the city is celebrating St. Antonio, the patron saint of love — similar to Valentine’s Day to North Americans. The busy work week has brought the streets of Rio alive! People hustling past, rushing to and from. I weave among them, walking the souls of my new Havaianas raw. I enjoy every step and opportunity to take in the view while covering the distance of this slippery circumference multiple times a day visiting with friends (old and new) and exploring the beachfront.

My heart flutters at the diversity; people of different shapes, sizes, colors, and ages. I’ve never been so inspired to rock a bikini in my life. And the ocean… Oh my, the ocean. The wonderment remains as I listen to the increase of ambulance sirens — four in the last hour — as I’m walking myself to the flat. Today’s walk exposes the presence of armed policemen (and women) in sporadic formation along the main paseo. I hand my leftovers to another child alone on the street to share with their siblings as I round a corner. I remember how my mother always taught me to share in this way. No one should go hungry in this world when so many people have so much.

Tourism in the River of January

Tour groups continue to pour into the city, evidence that tourism is going strong well into the “slow season” despite the tone of the media. The slowdown of the season hovers over the city’s businesses as they struggle to succeed in the shadows of the Olympic Games only a handful of years back. The locals, understandably bitter, despise that the games came to Rio at all. The stadium was built at the cost of hundreds of people losing their homes supported by empty promises of income from the boost in tourism. This fact highlights the necessity of the industry that can mock the people it (mostly unwittingly) helped displace.

For as poor as the country has become, Brazil is a profoundly proud nation. The diversity is vast as the sun is high. One woman pushing religious or political propaganda sits in a chair supported by a sign I can’t understand. Nationalistic music booms from the stereo at her feet. We lock eyes only for a moment then her gaze darts past me; just another tourist gallivanting about in the River of January in her eyes. All one need to do is ask the opinion of another and the conspiracy theories roll off their tongue like tires on a hill when a car is in neutral.

Headed to Rocinha, one of the largest of over 700 favelas in the city, this morning with what’s left of the tour group originating in Buenos Aires. Sitting in the van looking out of these very tinted windows the sun finds the space between the tinted lining and the actual window. The rays hit the bridge of my nose draping across its rounded tip. I reflect on how beautiful the stillness of the morning has been thus far. I am loving and living this life I’m daring to live. My mind wonders…

We’re warned before entering the favela that it is a dangerous place. We are granted passage only because we are with a tour guide. He brings foreigners, with permission, into the favela to help support the brilliant artists and children with untapped potential within its walls. Within these confines, there are drug lords, young men armed with weaponry, shoeless babies with bags of crisps, and a local madwoman smiling without teeth. Everyone is dancing in rhythm to the beat of this forbidden place. Mind your step through the narrow, winding roadways covered in sewage runoff and smoothed piles of feces.

A peek inside favela life

The guide tells us when it’s appropriate/allowed to take photographs and when we absolutely must not. Drug lord lackeys shout out “gringos” (in this instance meaning foreigners) from the rooftops, warning each neighborhood in this labyrinth that we approach, reminding us that there are eyes everywhere here. We round a corner, and come upon a liquor store with four or five (I kept my eyes to the ground and on my footsteps) young men with Ak-47s whooping and hollering to music, yelling at us as we pass. Two of the boys get right in the face of a French couple who idiotically stare them down, paralyzed by what they see. The boys don’t touch the couple but shake the weapons in the air as they outwardly express their importance in Portuguese. The couple moves on forced forward by the trailing group. They are shaken, but unharmed.

Our guide comes complete with his own pocketfuls of theories on corruption and conspiracies. “Zika virus was only a media scam to keep tourists out”, being his favorite of the day. He shakes hands and has interesting conversations with the inhabitants as we go along. Before coming to the favela I’d watch the flickering lights at night on the hills and I wondered how they got electricity. My understanding of the favelas was that they housed the financially destitute despite being primarily run by drug lords. Now that I’m on the narrow streets of Rocinha I can see the answer. Balls of power lines tangled together and strung across rooftops and alleyways.

On the other side of it all

When the group makes it to the bottom of the favela we all exhale our anxieties in a unified whoosh. As our tour leader continues with terrifying stories/realities (perspective, I suppose) of favela life. A handful of the group begin questioning his mental status — is the high or sober? He jumps from topic to topic with darting eyes and we exchange glances wondering what the heck he’s on about now. His closing stories include tales about children tying glass shards to kite strings to launch air assaults on passersby out of boredom. Opposing drug gangs using metal cable lines strung across the motorways in and out of the base of the favela to yank drivers carrying supplies from their scooters. I’m skeptical about how much of it is highlighted to breed fear and how much of it is the truth. As a foreigner, I guess I can never truly know.

Will walk the River of January for food

My next walking tour takes me to the equally rumored dangerous neighborhood of Santa Teresa. Known for the popular yellow trolley, built originally to ship the wealthy from the bottom of the hill to the top as they fled the outbreak of yellow fever plaguing the less fortunate. The neighborhood’s reputation is now known and supported in equal parts by street artwork and violence. A colony for artists from around the World, Santa Teresa has castles and cathedrals and is now home to society’s middle class. The main reason for our visit, however, is the street art, the history of the bourgeoisie, and the food.

The food was lackluster and minimal, but the culture and artistic flare were abundant. But the acai, which is so inexpensive and easily located throughout the whole country, and the yellow trolley ride were quite memorable. Disembarking the trolley at the bottom of Santa Teresa hill I’m full and satisfied. I make my way towards the metro and take one last walk alone in this bright city. These two neighborhoods have exposed a few more of the many faces of Rio. I so desire to return sooner than later; to discover more and peek behind the many masks. Until then, to Rio, I say goodnight and Obrigado (thank you)! 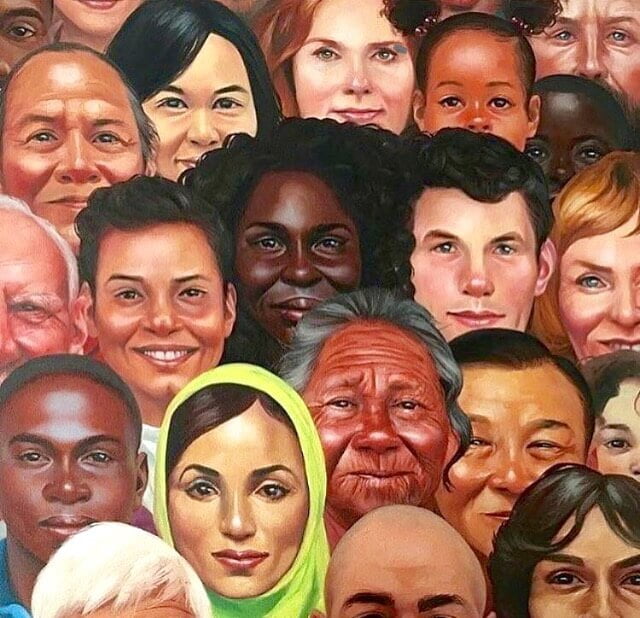 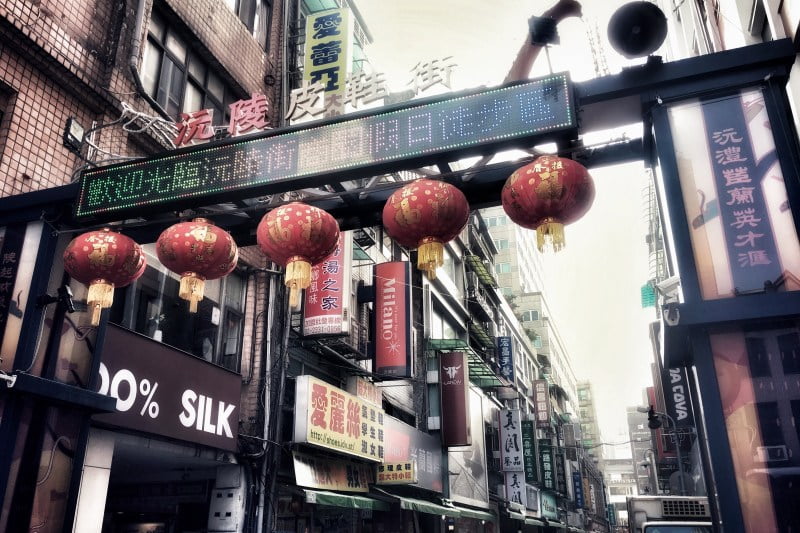 A Glimpse At Taiwan 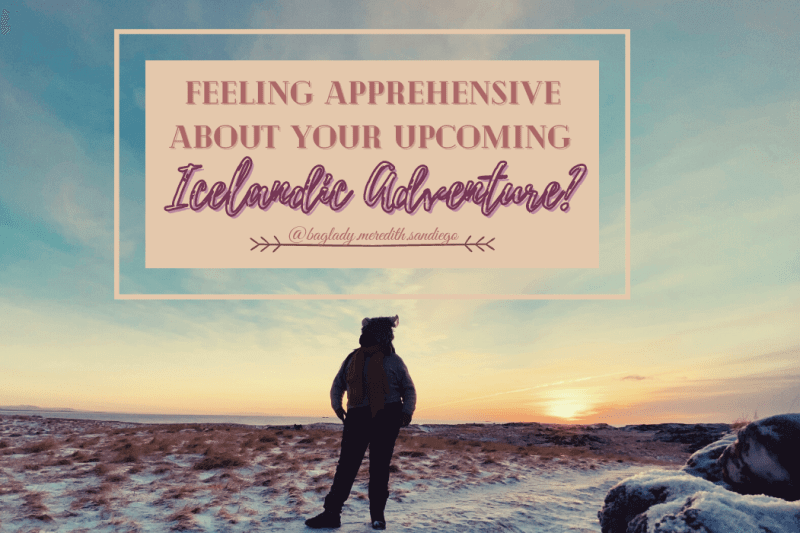 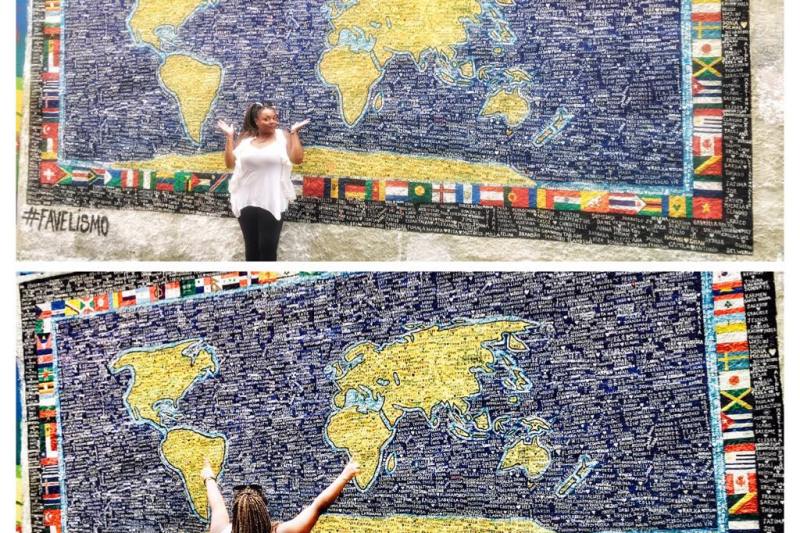 Travel Blogging: What it is & What it Ain’t