Pondering the gravity of getting to this point, no.7 of 7 World Wonders, solo. I am interrupted in thought when I hear my name.

A friendly face calls to me as I cross the street. I’m heading towards the restaurant listed as the “meeting point” on my day tour confirmation email.

“It’s great to have you with us today, Meredith!” His face is genuinely welcoming and wearing a full smile. I adore great customer service. The friendly voice continues, “we understand it’s a big day for you!”

My chest swells with pride at the third-party reminder of what will be today’s accomplishment. All 7 World Wonders, solo, and in one year.

Ignoring the internal dialogue following the tour guide’s next comment about mine being the only solo traveler on today’s tour. I opt instead to be proud of the fact. On the bus ride towards our destination, I meditate on the emotions wrapped around the moment. The challenges, triumphs, humility, and perseverance. The last year have provided me cast a rainbow of color over my tired spirit.

I breathe deeply, inhaling gratitude, exhaling openness. I’m excited for what the day brings. But exhausted from my journey to the Yucatán from the Cyclades, I drift into sleep with ease.

Saving the best for last

This trip will be a quick trip. Having been to Mexico countless times — San Diego native — my time in the Yucatán was purposefully saved for last. The closest to “home”, my visit to the region will complete the lofty travel goal that has served me well as a humbling maiden voyage and catalyst for consistent creative expression.

That, in turn, has helped me continually process my emotions, which acts as a domino effect in my personal healing process. Acceptance is the slipperiest of all the slimy steps of grievance I trudge through on this side of five years of compounded losses. Back and forth, push and pull, failure and success, acceptance is at the forefront of them all; taunting me. In cahoots with loneliness, no doubt, the two emotions tag-teaming against reason and hope. Wrestling for the championship title of my heart.

I adore people watching as a hobby, but when traveling it’s almost always an elevated experience. I observe an elderly couple gripe over everything. Another man convinces his wife that Parmesan on top of pears is a legit salad. Then I overheard a father telling his son that today he will witness his second world wonder — my heart warms at that one. Graciousness runs through my body like a drug. I take the front seat, stand in the front row, and try to stay near the front of the pack as we visit the ancient Mayan ruins. Ready and willing to fully engage with this all-but-forgotten culture responsible for the creation that is no. 7 of 7 World Wonders.

Hollywood would have us believe the ancient civilization evaporated, disappeared, abducted by/or were themselves, aliens. However, there are over 750,000 registered Mayan descendants in this region of Yucatán carrying on the language and culture for generations to come. At one time there were 25+ dialects of Mayan and the language was spoken throughout the surrounding countries such as Honduras, Guatemala, and even Belize.

Mayans believed the Gods shaped man from corn; the staple food of the region. The lands are rich in limestone and were once densely populated by the jungle. In a small village just before the site of Chichén Itza, we are greeted by locals wearing handmade sandals and hats. They welcome us to their country and to their town and talk to us about Mayan hieroglyphics. He explains that so much of the culture is still being discovered, the language still being deciphered.

Chichén Itza is an ancient Mayan city built on fifty-five square miles of land. There are ruins of temples, tombs, and monuments. Chi, meaning mouth, chén, meaning well (water well to be precise), and Itza meaning witches’ water, the tomb itself sits above the largest cenote on the grounds. Not accessible from the sealed tomb the ancient waterway was discovered using modern technology to scan below the surface of the ground. Cenotes are a natural runoff as a result of flooding. The water burns holes in the beds of limestone creating underground freshwater rivers beautified by open-air caves. This region is littered with them.

History tells us these geographical wonders were used for sacrifices in ancient Mayan times. It gives a whole new vibe to being in one. But I think for a moment about one being someone’s last visual of life and it takes on an eerie tone. Gorgeous vines drape themselves over each other, reaching, desperately to see who will win the race to touch the fresh surface first. The water is the turquoise of your dreams and is ice cold; a welcomed temperature change on the surface of my skin in this humidity.

I float there, staring at the sky. Praying for the day that I can think of the embrace of my Mother without crumbling. When the memories comfort me vs wound. I would love to hold her here, even if it’s just in memory. Instead, my mind jumps to what’s next for me.

I’m anxious about returning home. Constantly ambivalent about my arrival. Back and forth on how long I should stay, with whom, and how much it’s all going to cost me. My city is gorgeous, but it’s expensive in comparison to what I’ve gotten accustomed to. The cost of accommodation and transportation for one week in San Diego is more than I would make in one month in the U.S. Peace Corps over in North Macedonia.

I pull myself to the present and swivel in the water. The turquoise blue… I close my eyes and meditate on patience and readjustment. 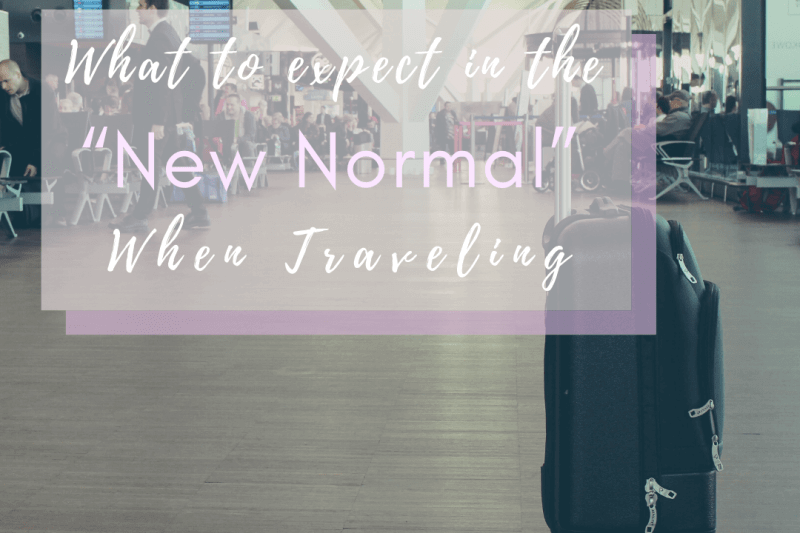 What To Expect In The “New Normal” When Traveling 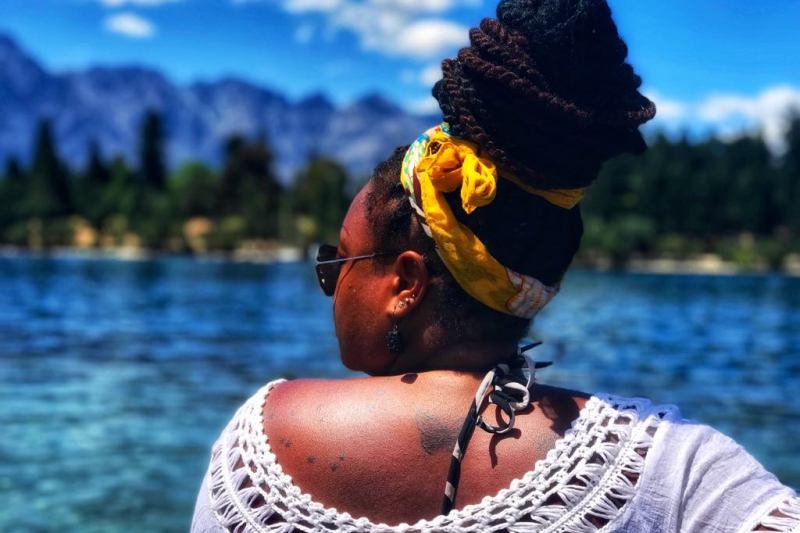 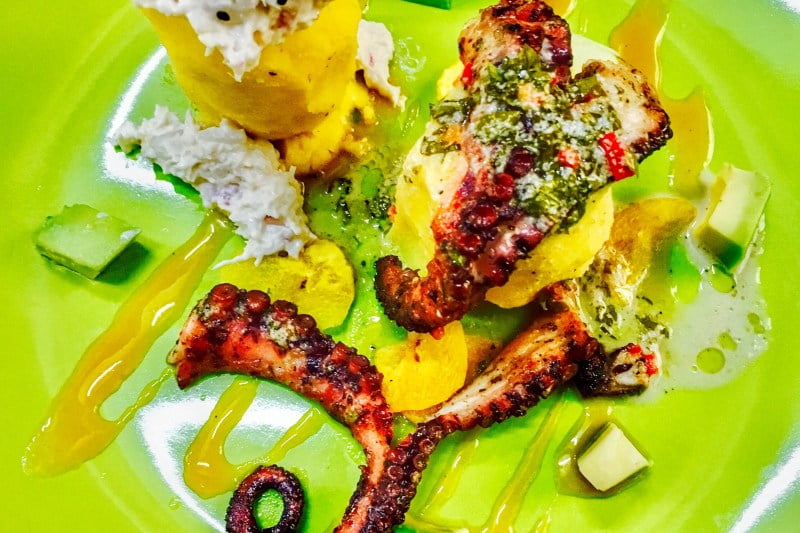 In & Around My Mouth; Peru